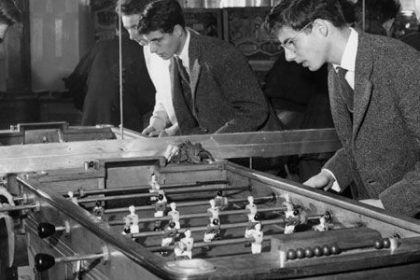 Have you ever wondered about how and who invented foosball? Well, I did ask myself that and I must say I was pretty surprised by the entire story about how foosball started. The most interesting part is the fact that we can’t tell for sure, which one of 3 extremely capable inventors invented it first because they all had in mind similar game in similar time. Due to that, I want to share with you 3 stories about foosball and you can pick your favorite story.

Harold Searles Thornton is the man who is actually the closest person to be called as the foosball table inventor. He got the idea of table soccer after the football match of his favorite club, the Tottenham Hotspurs from London. He wanted to do something for his club, which he loved so much so he got an idea to make a pocket version of foosball table which he made from a box of matches. When you look at the drawing of the prototype you can see that the table has 8 rods and 22 players. He even put the curves on the inner edges of the table so the ball won’t stuck in the corner. He realized that the table will be amazing hit so he patented it in London in 1923. You can actually see his patent on the website of the European Patent Office under the number 502 991. 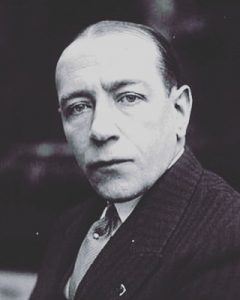 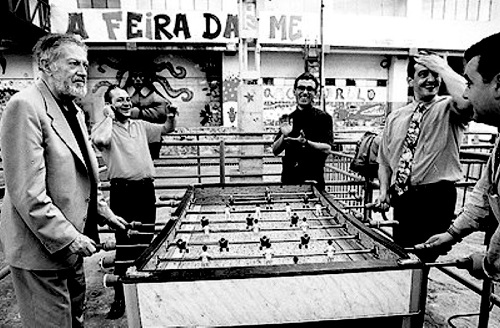 Another „father of foosball“ is known as the French automotive designer, who had a famous car company Automobiles L. Rosengart. Besides foosball table, he invented early seatbelt model, artillery shells which can explode in mid-air and numerous other things. But, the story claims that foosball table was invented for his family. Since Lucien had a big family with many grandkids, his house was always full. During winter, children didn’t know what to do (the weather was too bad to go out) and they were extremely bored. So, Lucien as the grandfather who loved his grandkids so much, wanted to make them happy so he invented a mini football today known as the foosball. The entire story happened around 1930’s which is pretty close to the Harold Searles Thornton’s patent.

Alejandro Finisterre was not an inventor but he was a very brilliant man. The most famous story you can connect with him is when he hijacked the plane in the flight. Also, he was the first man who did it, so I can say that he was a very capable man.  During the Spanish Civil War in 1936, Alejandro Finisterre ended up in the hospital and during his recovery, he was surrounded by children with severe leg injuries and one thought came to his mind: Those kids won’t be able to play football. He decided that he should bring the football to them, but in another form, so he made the first foosball table. Now,  Harold Searles Thornton is not the only one who submitted papers for the patent, Alejandro Finisterre also did, but the lost the papers because he had to exit the country in a hurry.

All 3 men were brilliant men who thought about other people when they did their own foosball table and that is why foosball is so popular. You can’t play foosball alone, foosball is a team sport which promotes friendship and gives people the chance to spend time together. 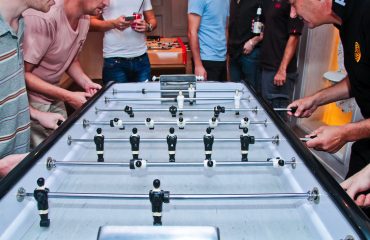